Today, I want to consider the difference between climate argument and scientific debate. As a climate specialist, this is a subject close to my heart. In fact, I welcome chats about climate, as talking is a big step towards acting. But, arguing about climate is often fruitless. It allows us to vent our feelings, but it doesn’t make for good relationships or establish concrete action.

A Personal Example of Climate Argument and Climate Dialogue

Several years ago, a government official invited us to a meeting in his office. We hoped to start a resilience project with his department. So, we were happy to receive the invitation. After years working everywhere but Alberta, we hoped for a job close to home.

Then he went on to “educate” us about our company and the work we do. He told us:

You are foolish to base your business on climate change. This is Alberta.  You should know better

After a thirty-minute lecture he told us he had never planned to discuss our proposal.  Then, he sent us on our way.

This is a clear example of the difference between climate argument and scientific debate. Joan and I were open to a debate, but the guy simply wanted to argue. It was unproductive, though I suspect he felt good about himself afterwards. He sure showed us!

To say this event upset us is an understatement. In fact, the guy had us travel across the city and spend an afternoon away from paying clients. But, he only did this to lecture us about the error of our ways. It wasn’t nice. It was personal, and way out of line for a government official.

That evening, we experienced a major rainstorm that caused serious damage to highways near Edmonton. The situation was almost amusing. It followed so soon after an unpleasant afternoon being told that these things don’t happen in Alberta. However, at the same time I regretted this emotional response.  While I regained my confidence, I grieved that we still had a long way to go in the quest for resilience.

This is the reality of our work.  Often, when we attend meetings, or post a blog, folks confront us.  The criticism can be simple. People tell us they don’t believe in climate change. But, it gets more complicated when they demand that we agree.  Sometimes they are adamant that we shouldn’t believe either. They tell us, it’s a waste of our time. They ask us if we don’t have more important work. Once again, these are personal criticisms, based on feelings, with an underlying need to force us to see the error of our ways.

This differs from peer review. As an engineer, I am comfortable with peer review. In fact, good engineering practice demands I review my work with a qualified person. Good work stands up to the challenge. Occasionally, we have to go back to the drawing board to ensure good design, prevent accidents, and save lives. In engineering, bad design can kill.

The same holds for science. Good work stands up to peer review. Admittedly, sometimes the review can be aggressive and even heated. But, at its best, it doesn’t get personal. The challenge is on the data, methods, and assumptions to advance good science. In fact, this process is the essence of the scientific method. Questions lead to experiments and analysis, which lead to new questions, always under the watchful eye of other qualified scientists. 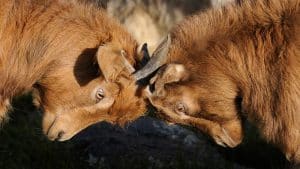 Climate argument is something different. Often it draws from a common menu of stock arguments. You are:

Stupid to believe this; have a vested interest; hypocritical, talking the talk but not walking the walk; and my all-time favourite; or in it for the money.

They often combine the money argument with comments about how we are stupid trying to earn a living at this. This is what our government friend suggested. They overlook the contradiction. Either it is profitable, or it is not.  In fact, at the same time it cannot be profitable and unprofitable.

All kidding aside, the message is not about the stock argument. It is an emotional position. So, all they are really saying is this news is scary, which it is.

Argument is not about changing minds. It is about making the other guy shut up. Argument is personal and can be mean. So, we usually avoid arguments in polite company. However, the internet offers a buffer and anonymity. So, much gets said that would not in a personal conversation, barring the occasional zealot or social misfit. This is the realm of interpersonal politics and facts are not the key driver. The aim is to feel good about ourselves even if this means somebody else feels bad. As I said, it can be mean.

Debate is about reaching the correct conclusion based on the evidence at hand. It has an actual purpose. Sure, it can get heated, but  debate is factual and logical. This is not the realm of emotion. Either methods, data, and conclusions withstand the pressure or they don’t. This is the way of good science

The day the government guy lectured us, we faced climate argument at its worst. There was no room for debate. In fact, his aim was to put us down to build himself up. There was no chance that he could change our business strategy, and he knew that. But, he felt the need to express his displeasure of the very existence of our company and to attack our efforts.

That was some time ago. We continue to work on resilience, and that fellow has moved on from his government position. He did not then, nor does he now, represent the view of the Government.

I try to avoid getting drawn into the climate argument, even though occasionally I take the bait.  It is hard not to when one cares. However, facts matter. Climate change is not about feelings, it about observable facts, and it affects us all no matter how we feel about it. So, I am open to dialogue and acknowledge the very real fear that people have about climate change. However, ultimately we only change opinions through debate based on evidence.

You are not alone.  There are folks here to help you out.  Seek the advice of climate risk and resiliency experts.  Also, do not be afraid to engage in the debate.  We all have something valuable to offer.

We provide ongoing commentary on these issues. Feel free to contact us, we are always happy to discuss your climate, risk and resiliency.